# Where is Mount Everest Located ?

The top of the Everest is the separator (kind of No-mans land) and both the Countries operate Expedition here. (You can study the image given below) 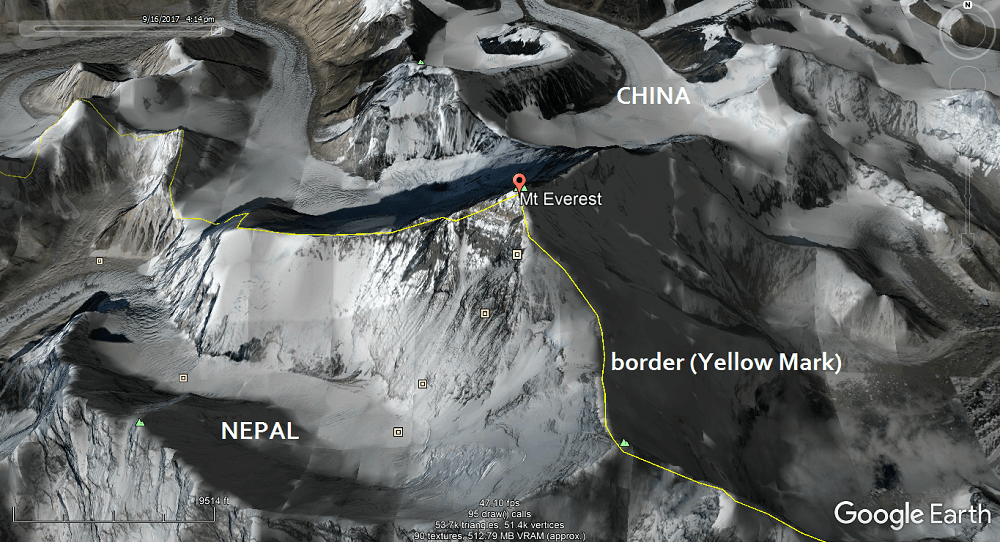 The Yellow line is the Border separating Nepal and China (Tibet Autonomous Region). In the same way - Mahalangur Range is a collection of Mountains that separate both countries.

Below is an interesting INFO-GRAPH and it should give you some facts and trivia.

In case the Image version is not clear - the exact content is written at the end. 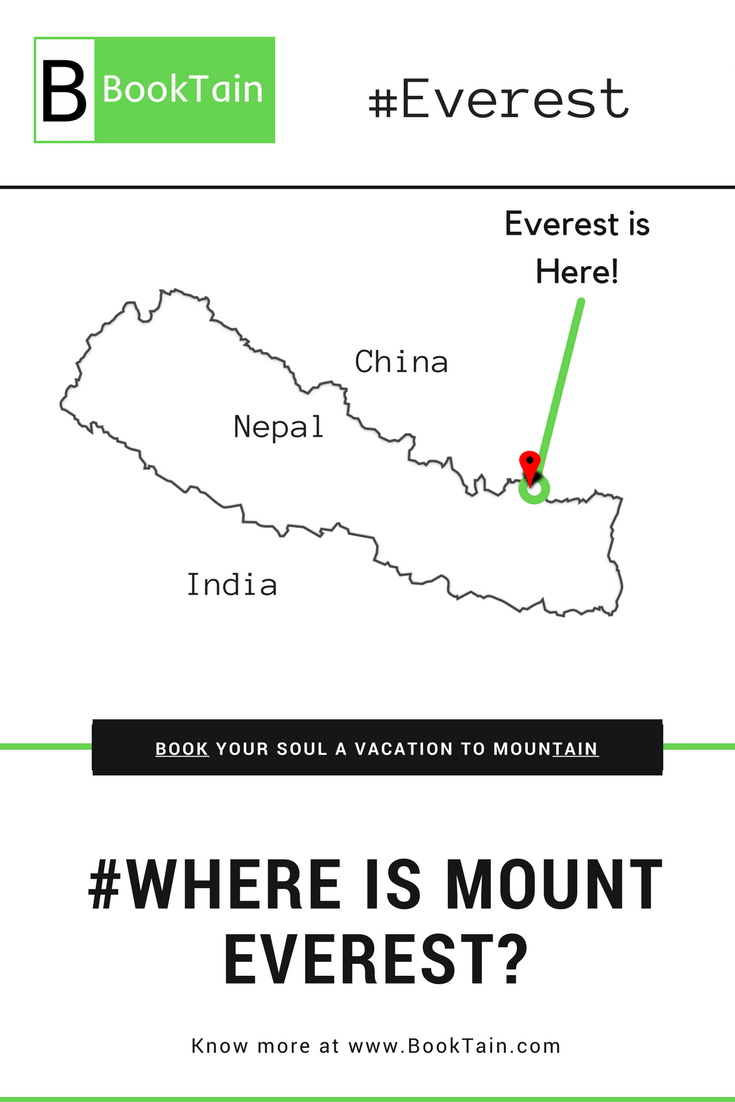 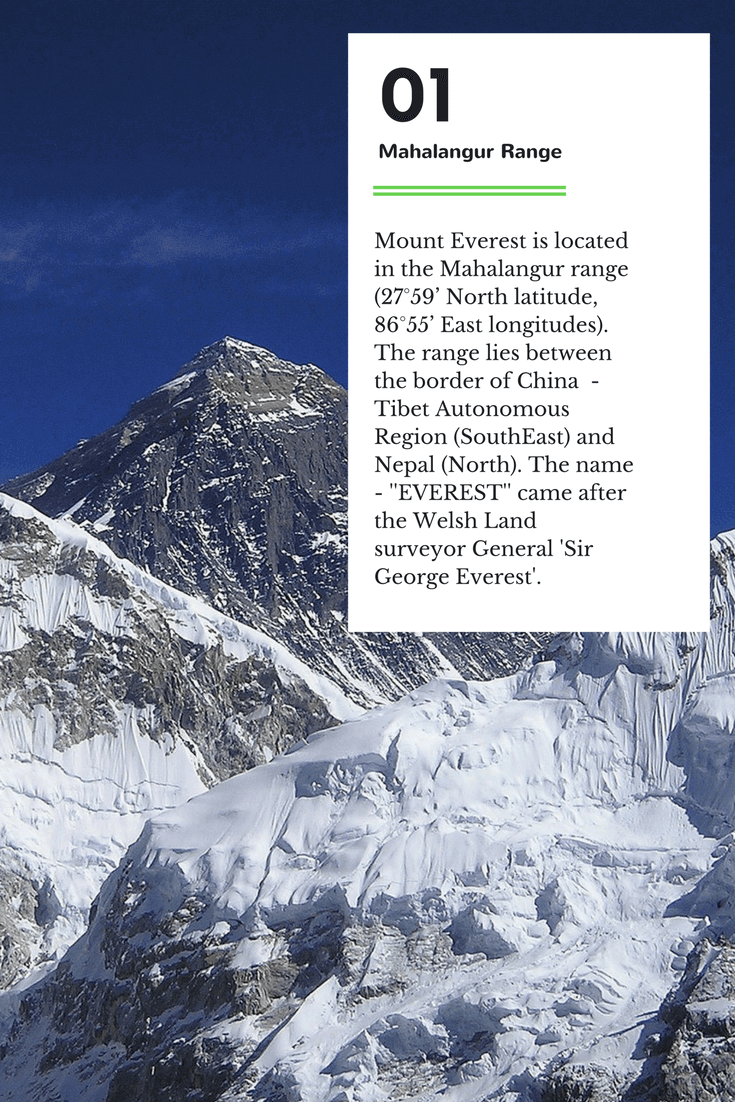 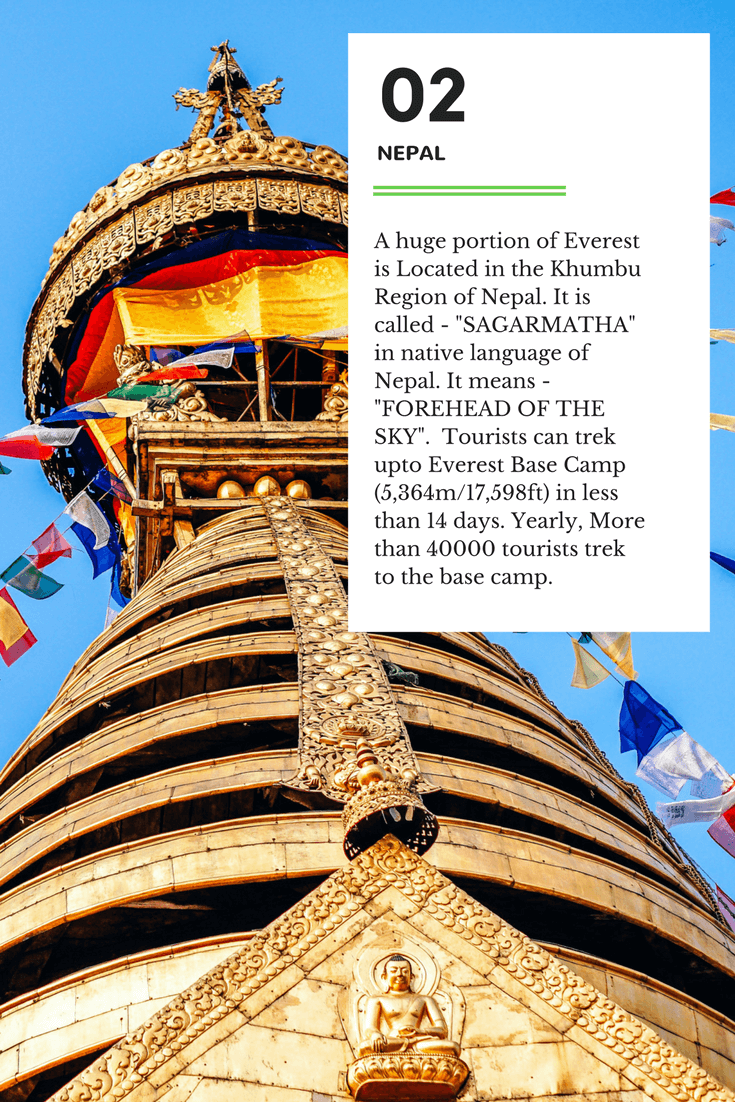 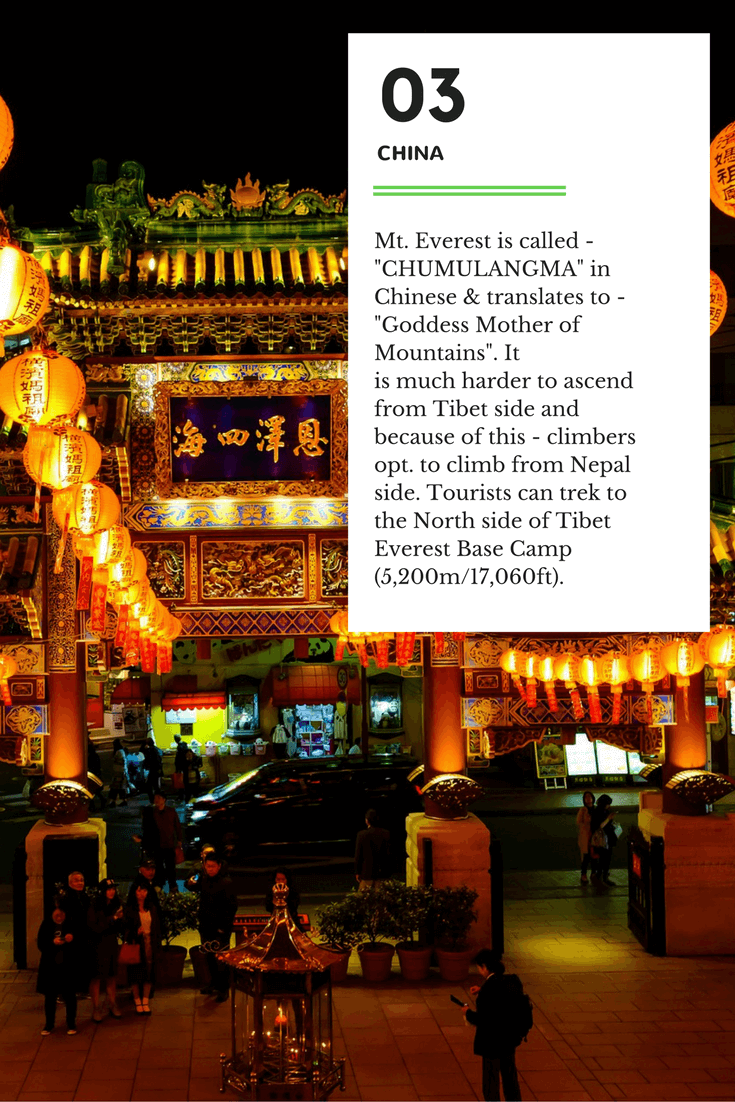 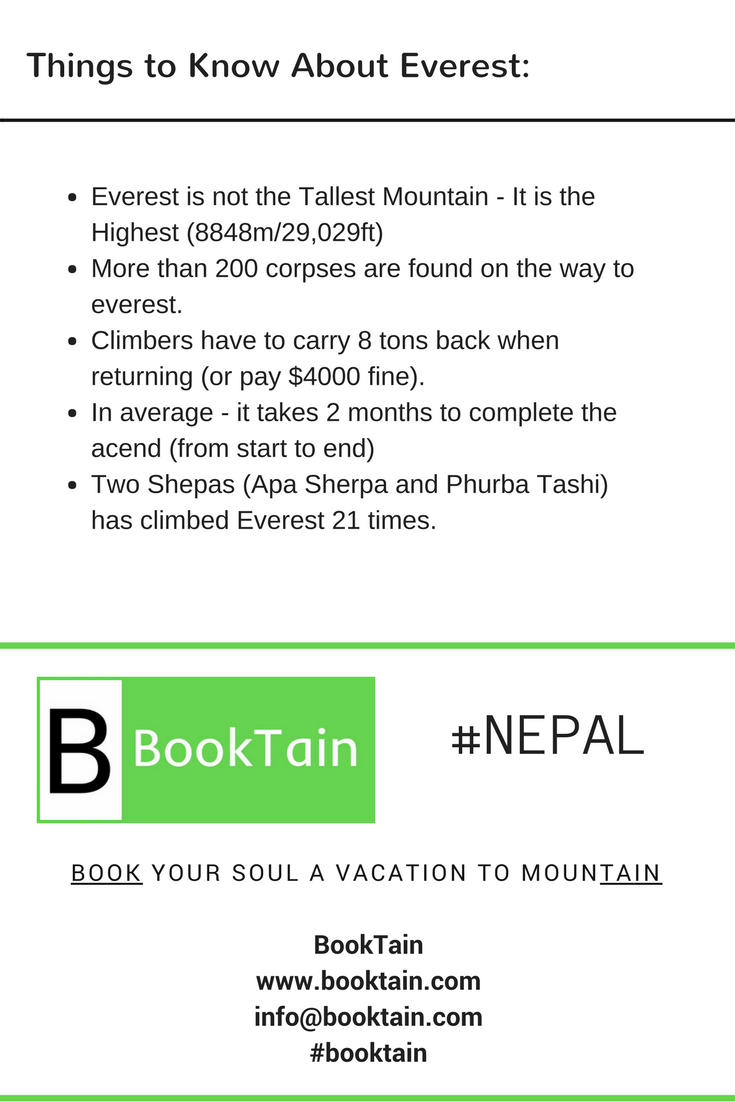 Where is Mount Everest Located?

A huge portion of Everest is Located in the Khumbu Region of Nepal. It is called - "SAGARMATHA" in native language of Nepal. It means - "FOREHEAD OF THE SKY". Tourists can trek upto Everest Base Camp (5,364m/17,598ft) in less than 14 days. Yearly, More than 40000 tourists trek to the Base Camp.

Mt. Everest is called - "CHUMULANGMA" in Chinese & translates to - "Goddess Mother of Mountains". It is much harder to ascend from Tibet side and because of this - climbers opt. in to climb from Nepal side. Tourists can trek to the North side of Tibet Everest Base Camp (5,200m/17,060ft).

Things to Know About Everest:

← Top 10 Trekking Peaks in Nepal & what is it Where is Nepal Located on the World Map ? →