What is a Trekking Peaks?

If you are to take Trekking, Trekking Peaks & Climbing as siblings.

This would be their relationship:

Trekking - Youngest of all (Junior Brother - loved by all)

Climbing- The Eldest Brother (The one to not mess with)

For whom is the Trekking Peak?

It is for those - who are too inexperienced to mess with the Elder brother: 8000'ers and too adult to play with the children - Trekking. Almost all of the trekking peaks are suitable for beginners. Most mountaineers do priliminary trekking peak climbing before attempting actual mountains.

What is the difference?

The difference is that we climb actual mountains which are lower than 7000 meters. We use climbing gears according to the necessity depending on the peak. 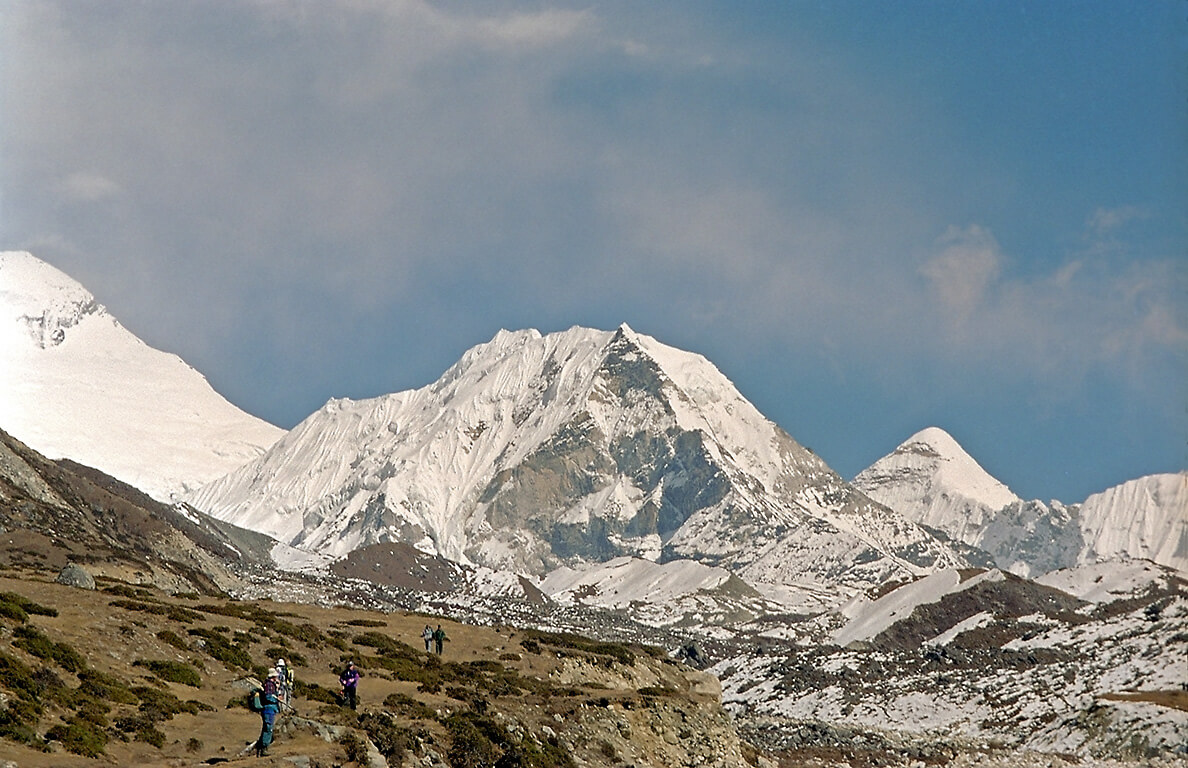 Island Peak or Imja Tse is the most popular trekking peak in Nepal. Many climbers use this peak as stepping stone for a higher ascent.

The route follows the traditional Everest Base Camp trek up to the Dingboche. We head to Chukkung from there and enter the Imja territory. As we progress, the climb will get slightly technical - & this gives full expedition like experience for newbies.

There are few issues with climbing this peak. Among them, Altitude sickness and the crevasses are the major ones. Most crevasses are crossed with the help of aluminum ladders but sometimes crevasses appear during the ascent and this makes ascent impossible (it is very rare to happen).

Island Peak is regarded as easy to climb peak but you should respect it. Some unprepared climbers have returned without reaching the top. And to avoid that - best option would be to take the Everest Base Camp with Island Peak climbing. The trek will adjust you with the altitude and help in the ascent. 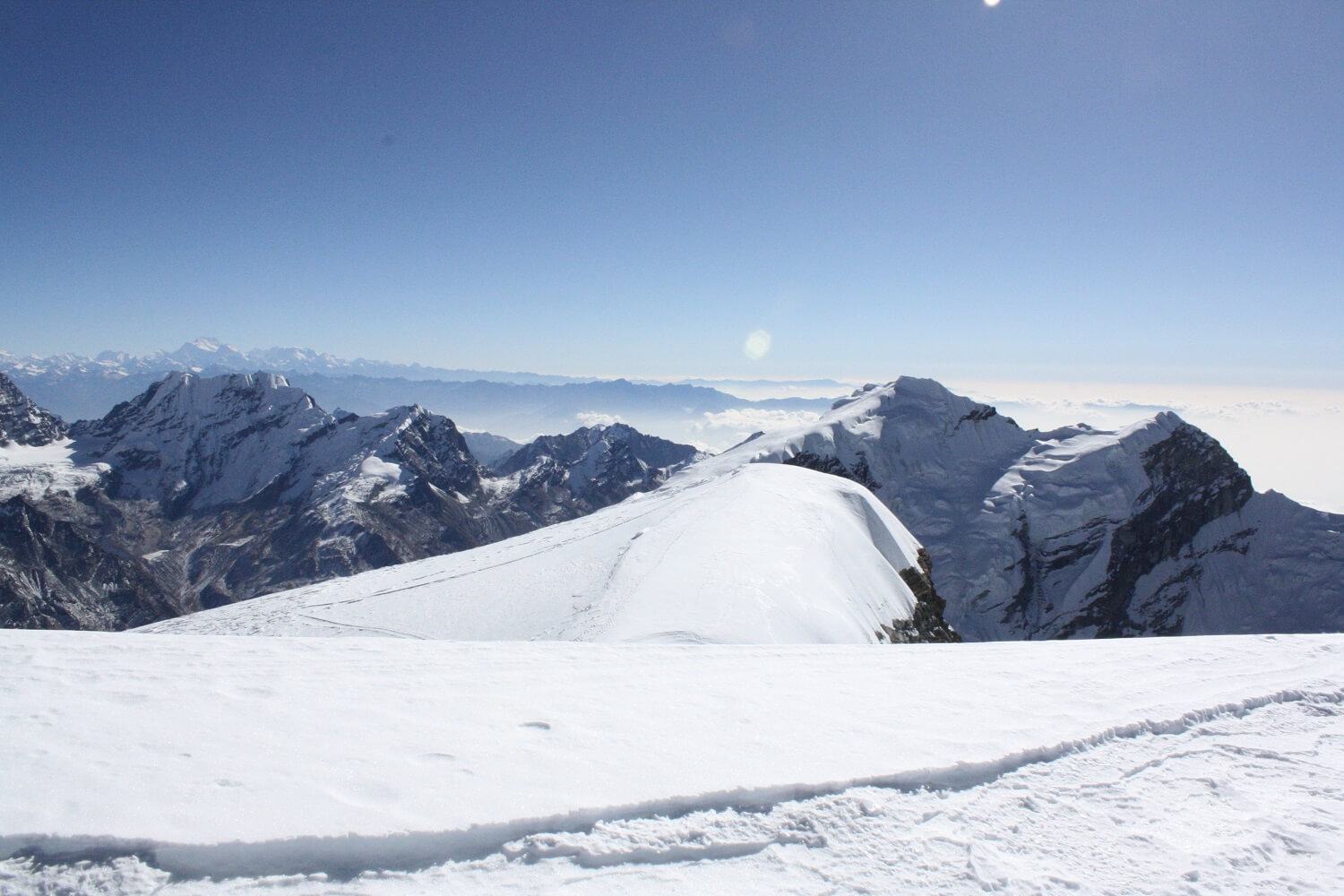 It is the highest trekking peak and one of the most enjoyable. You will see similar three peaks before the climb; Mera North, Mera Central, and Mera South. Among them, you will climb the central one.

This trekking peak is slightly easier to ascend than the Island peak because the slopes are less steep, nonetheless ice axes, ropes etc are used. We trek along the classic Everest Base Camp route, that ensures interaction with the locals and enjoy the red rhododendron flowers. And, the peak is surrounded by eight thousand'ers like Cho Oyu (8201m), Lhotse (8516m) and Everest (8848m), you are most likely to enjoy those views. 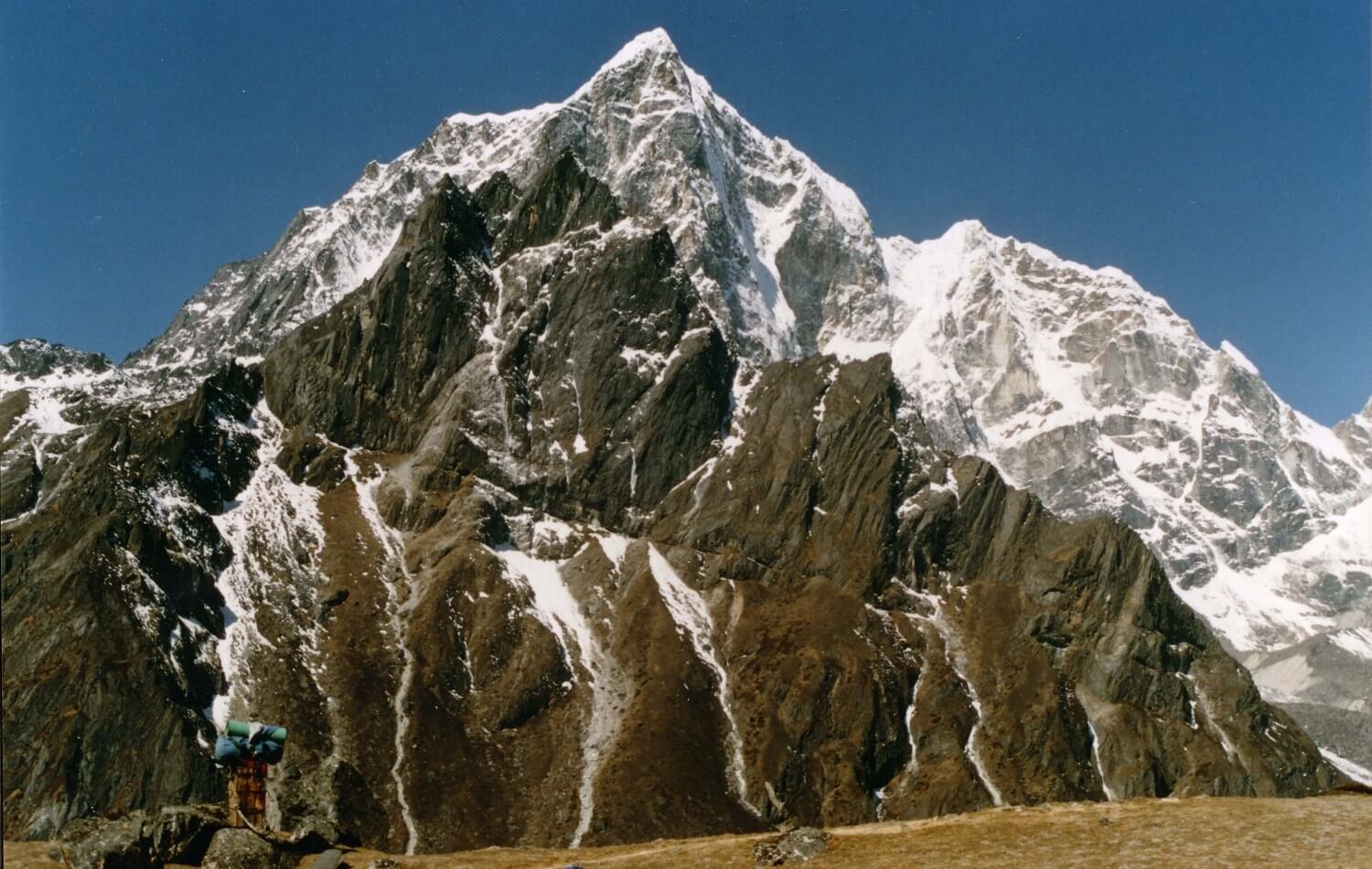 Lobuche East Peak trekking is one of those that asks an extra effort to enjoy the success at the end. Climbing this peak is a bit challenging and training with previous experience makes the climb easier. Nonetheless, it is easier than Lobuche West.

Many climbers combine this peak climbing with Island peak climbing as a training for the upcoming climb. The peak offers endless views of mountains and close-up views of popular mountains such as Everest, Nuptse, Ama Dablam, Pumori, Cholatse, and Lhotse. The route that passes through the EBC viewpoint Kala Patthar (5545m) is a relish before the climb and you can meet the locals along the way. 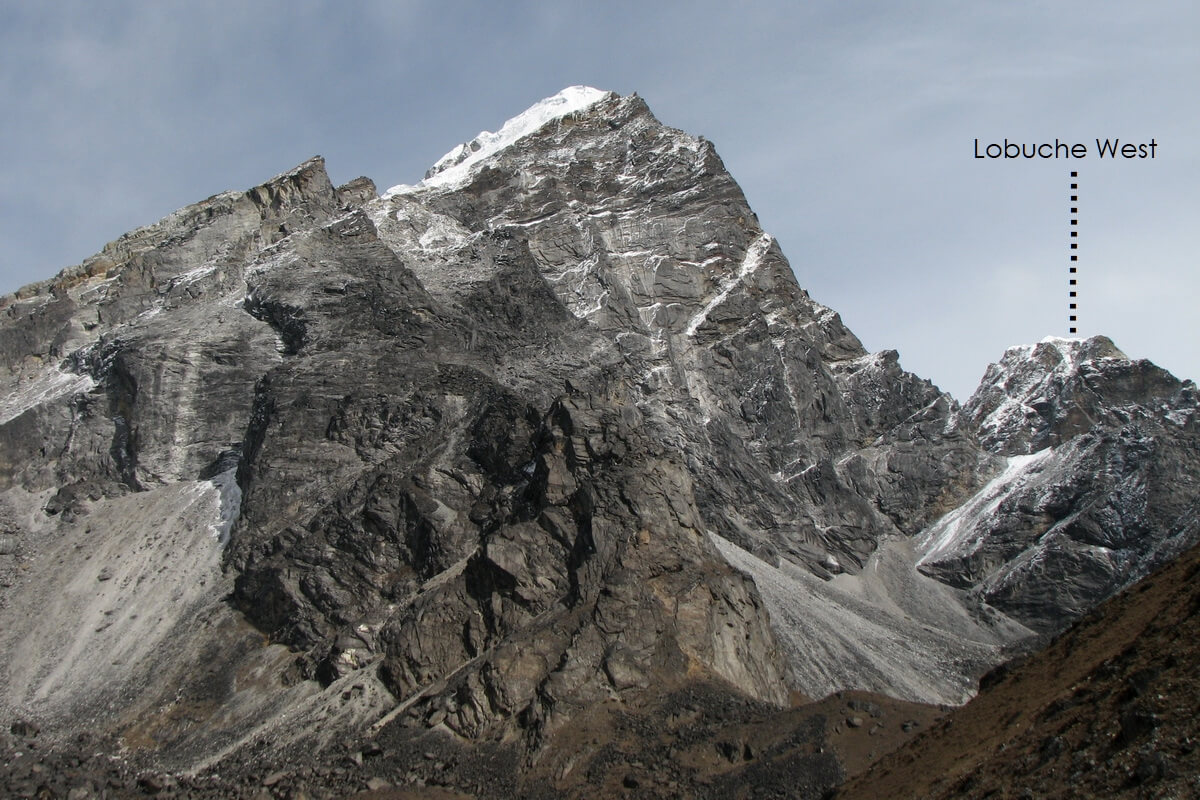 Lobuche West Peak climbing or Expedition is daunting and challenging to ascend. You are required to have proper fitness and previous experience of climbing.

The climbs take steeper slopes and we have to cross difficult slabs that pass through icy ridges. Preparation like proper fitness checking, proper equipment, enough acclimatization days and mental training is done beforehand because climbing Lobuche West Peak is taking it to the next level.

The extra attractions like visiting Tengboche Monastery, mingling with Sherpa people and enjoying the culture and exploring Local teahouse and camping alongside the hillside makes this trekking peak extra extra.

Crossing one of the highest passes - Thorang La Pass (5416m) is one of the perks of this trekking peak. You get chance to interact with the locals as the peak lies right above the lively Pisang village. And from the summit, you can enjoy the entire Annapurna Range: Himlung (7126m), Manaslu (8163m), Annapurna III (7555m), Annapurna II (7937m), Gangapurna (7454m) and Annapurna IV (7525m). 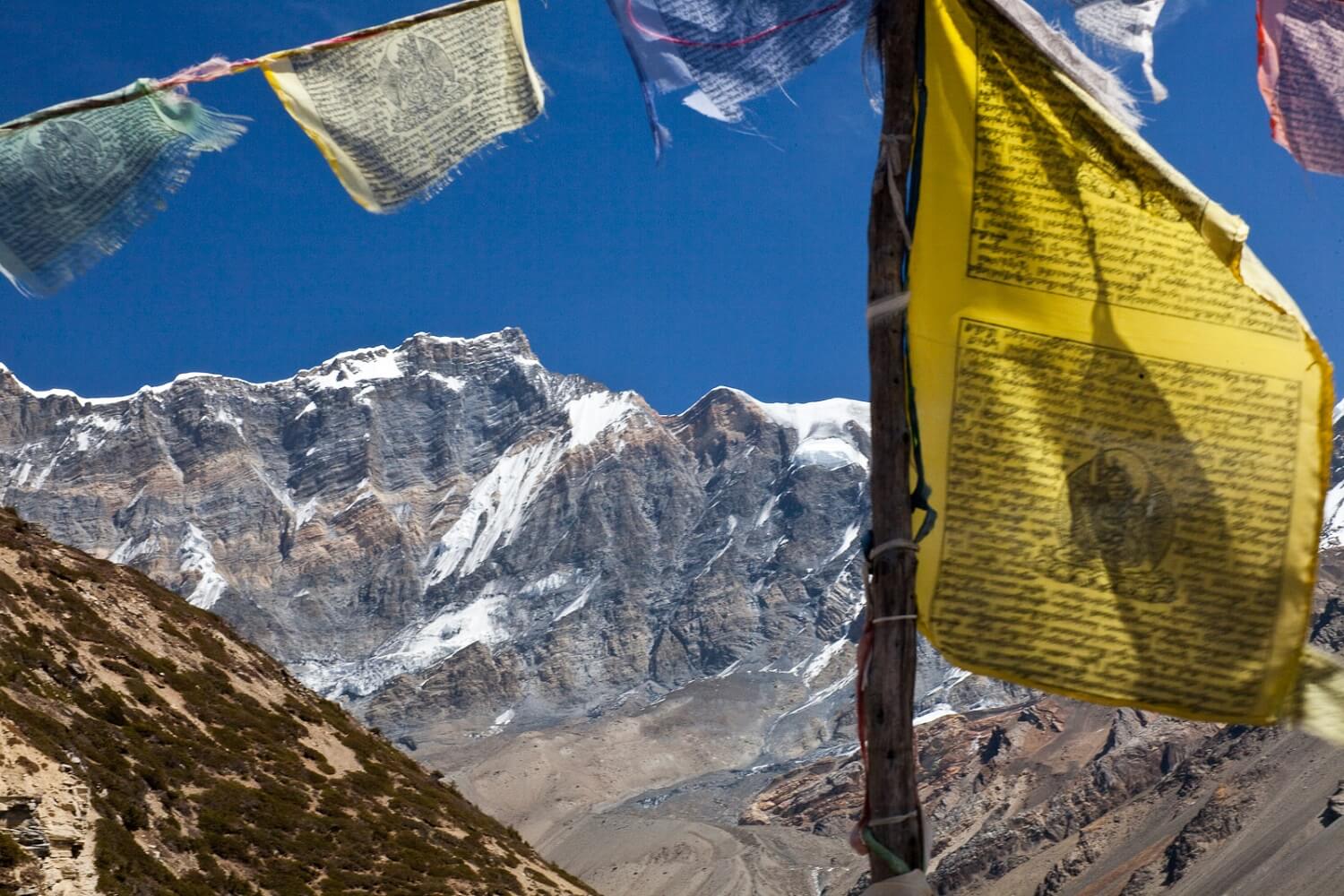 Chulu West is an excellent peak climbing in Annapurna Region. It is challenging, tough, and requires skills with ice axes and crampons to successfully climb the peak.

You can enjoy the view f Dhaulagiri and Annapurna range from the summit. Before the summit, setting high camps is required and the hiking hours & days are longer. You have to cross the Thorang-Las Pass before or after the climb and passing through Muktinath is optional while returning back. 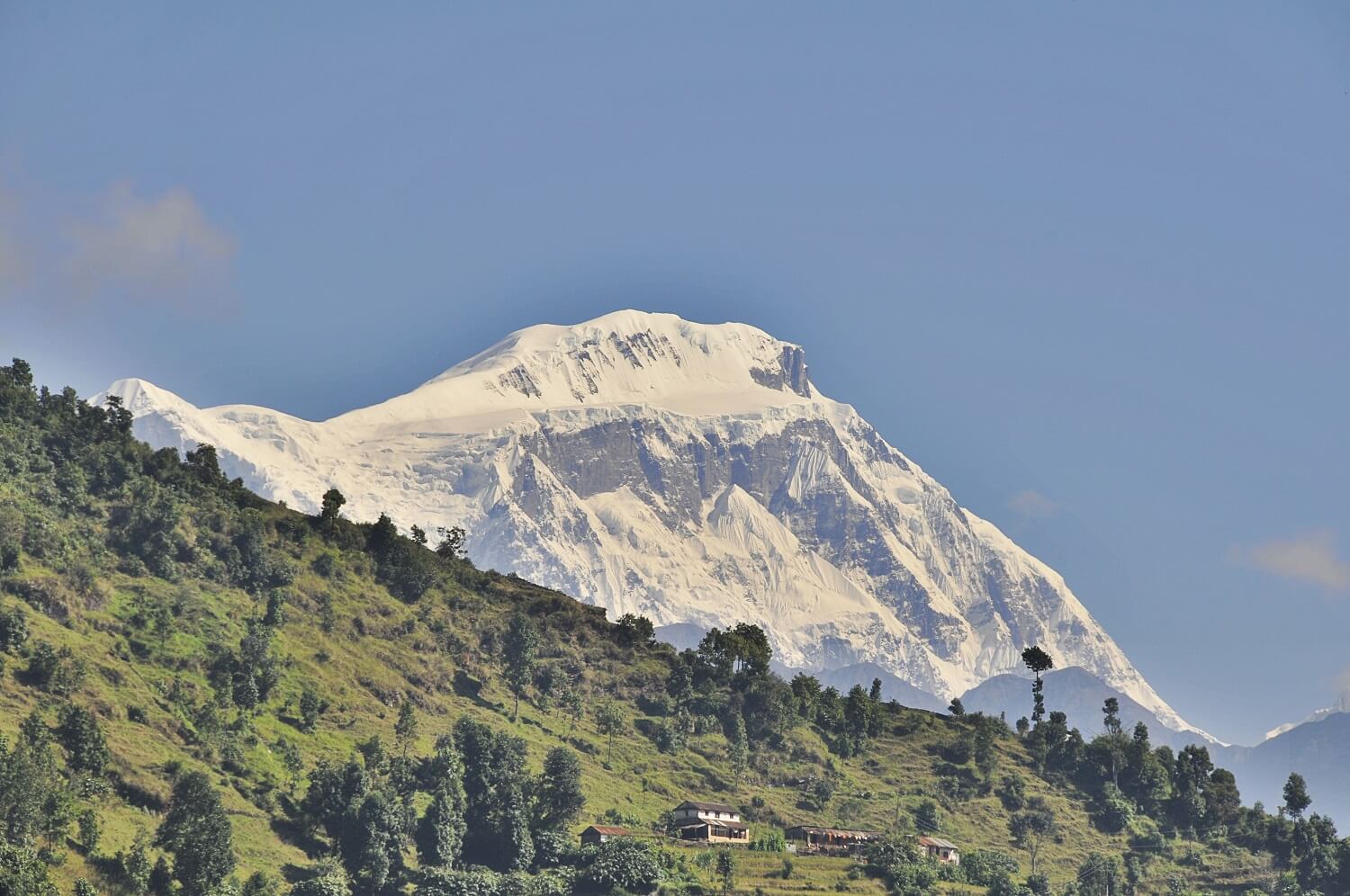 Dhampus Trekking peak lies North-East of the Dhaulagiri Mountain. Ascending the peak is quick and the only challenge is the acclimatization and adaptation to the increasing altitude.

The trail passes through the rhododendron forest of western Nepal. Trodding along the Kaligandaki village and ever-changing landscape, we exchange our hard work with views of over 30 mountains from the summit. We can see views of Annapurna Range and Dhaulagiri Range.

Alternatively, you can combine this peak climbing with Dhaulagiri circuit trek where you get chance to Pass through two high altitude passes - French Pass (5360m) and Dhampus Pass(5240m). 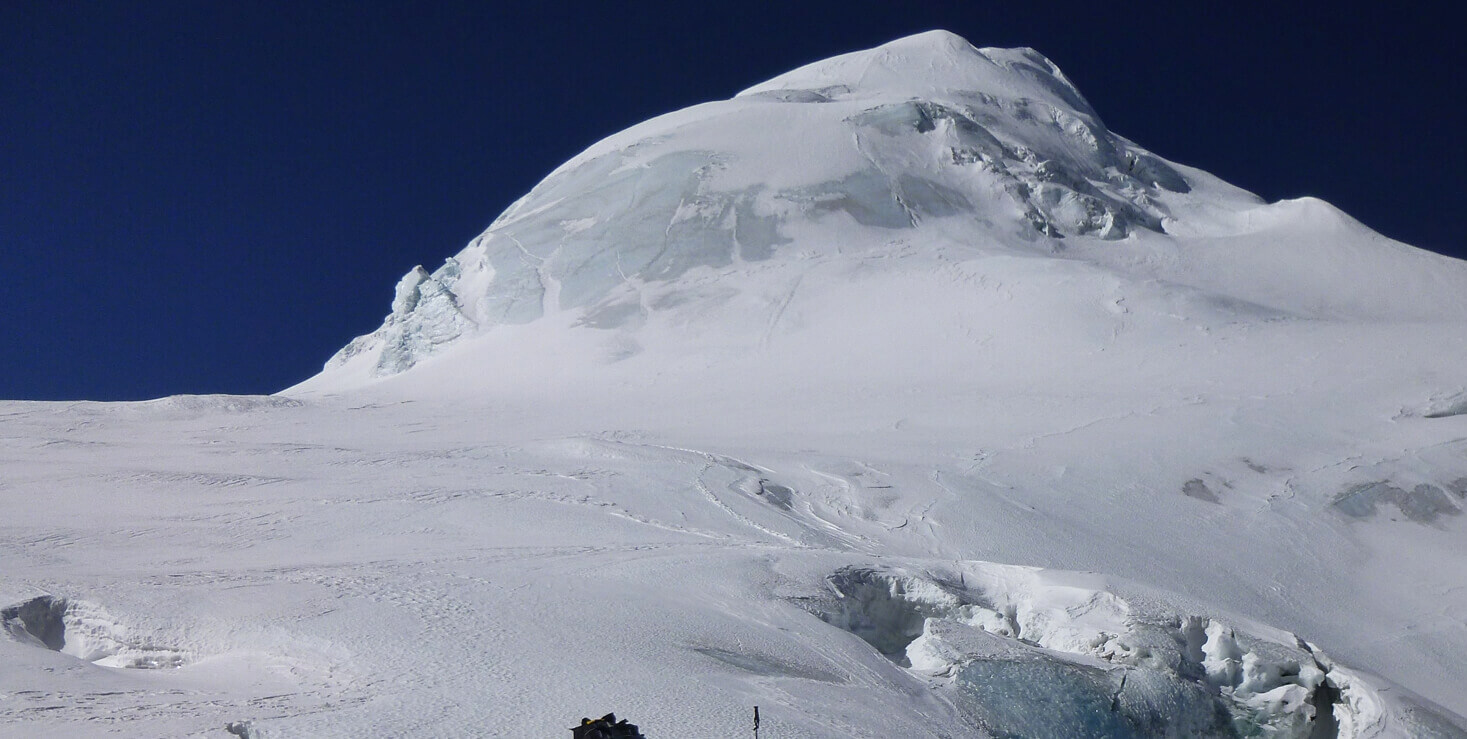 In the shadow of Everest and Langtang valley, waiting for the trekkers - there is the Rolwaling Valley. This valley is least popular and best choice for those who want to escape the crowd.

The trail passing through the Khumbu region is remarkable. We can share moments with the world famous Sherpas and enjoy the high altitude villages.

Because the Pharchamo Peak is in the Rolwaling Valley, we get an opportunity to pass the famous high altitude pass - the Lapcha Pass (5,755m/18876ft). 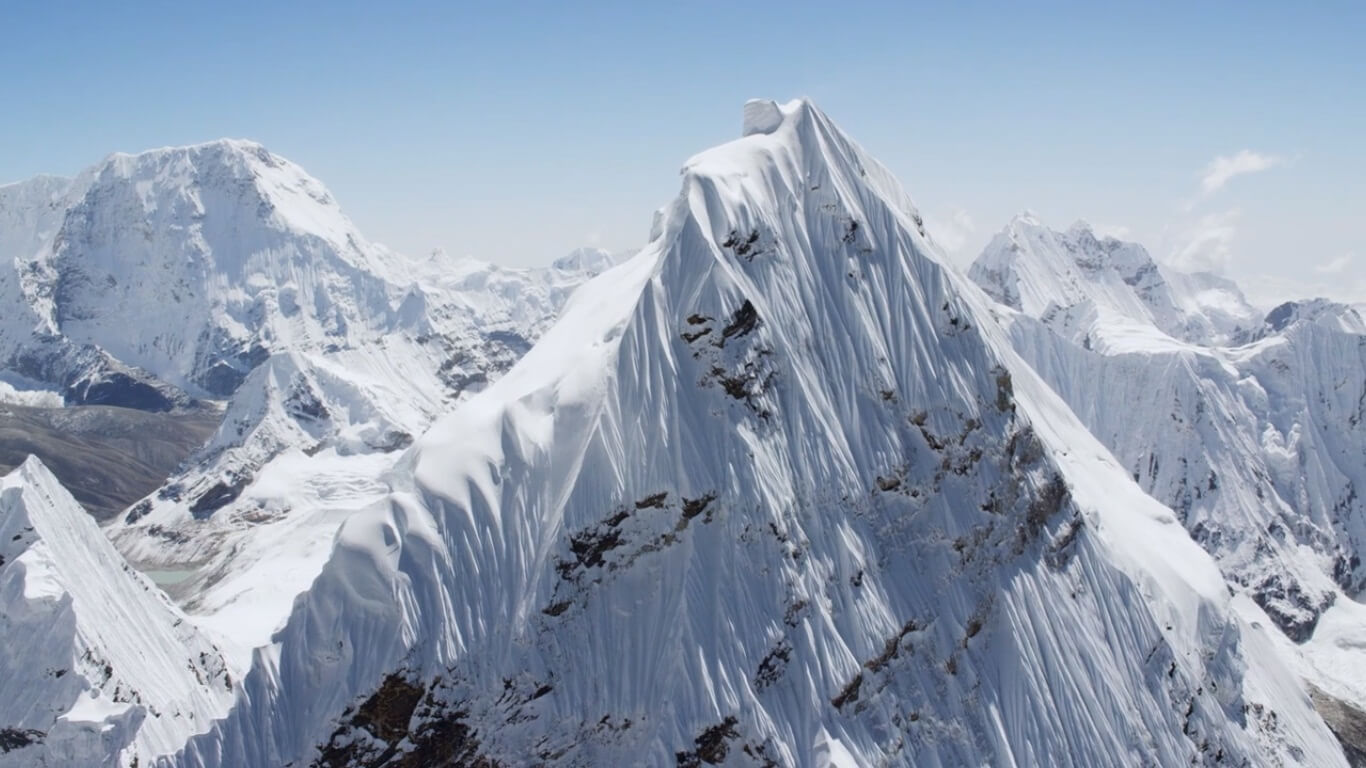 Mount Ama Dablam that translates to "Mother's necklace", is rather an expedition than trekking peak climbing. It is also called the "Matterhorn of the Himalayas". For this adventure, you need a full set of climbing equipment and proper preparation with training.

Ama Dablam provides a full experience of Mountain expedition. We pass through the route of Everest Base Camp, hence we can interact with the locals and visit popular monasteries. The view from the summit is one of the most beautiful scenery you'll ever experience. And the flight journey to and from Lukla is one of a kind to remember. 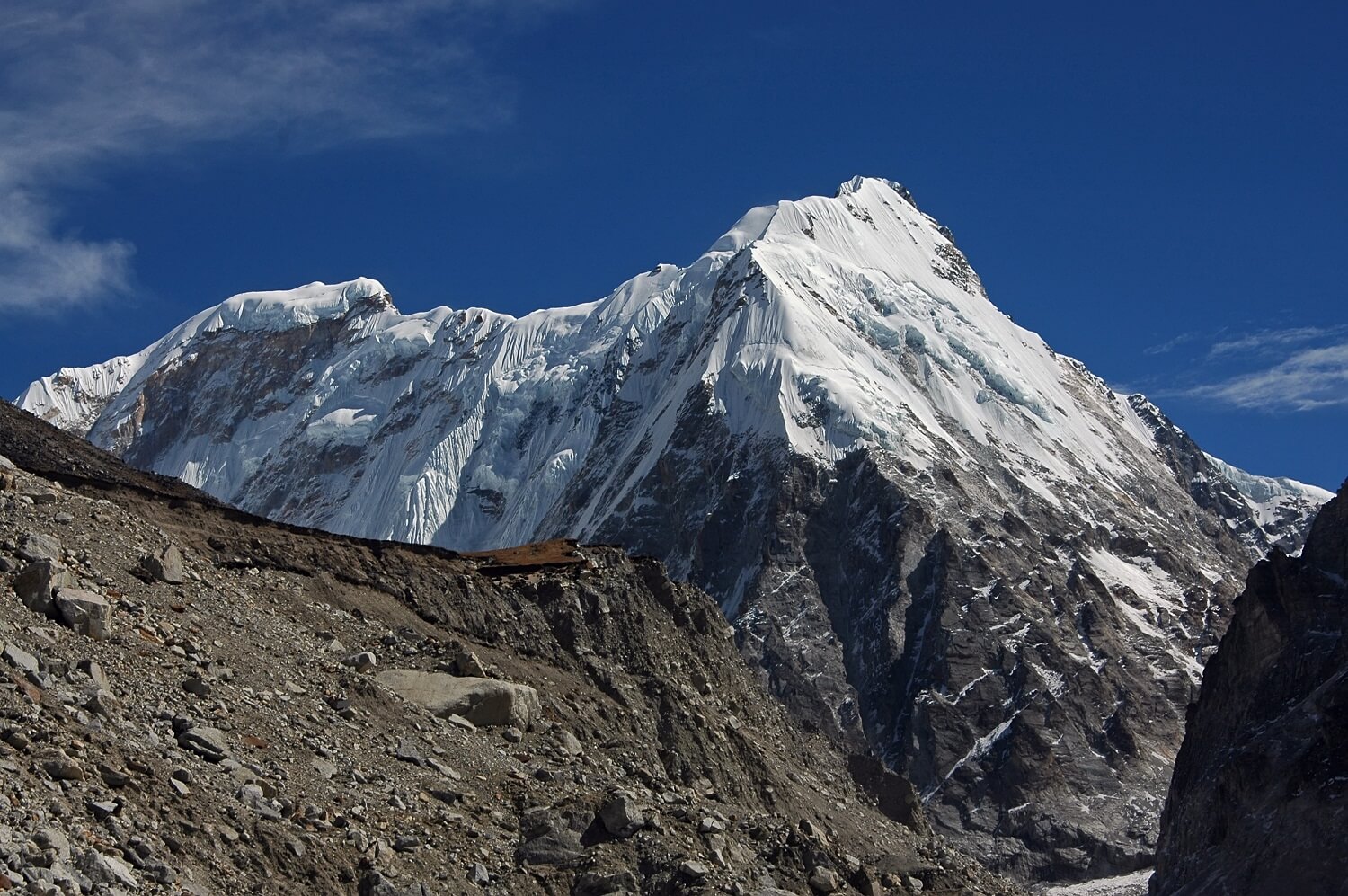 Tent Peak also is known as Tharpu Chuli Peak - is considered the first choice for beginners. The climb is short and explores the best location of Annapurna region. You can take this peak as the best for starters among all the trekking peaks mentioned in this list.

Your visit to the Ghorepani poon hill and Annapurna Base Camp is sure to be unforgettable and when you do peak climbing - this is like getting extra cream in an ice-cream. From the summit and along the trail you can see views of mountains such as Annapurna, I, III and South, Hiunchuli, Baraha Shikhar, Tarke Kang, Khangshar Kang, GangaPurna and many others.

Please do share, if you think this will help someone you know.

← Popular Trekking Trails in Nepal & Their Altitude Where is Mount Everest Located ? →